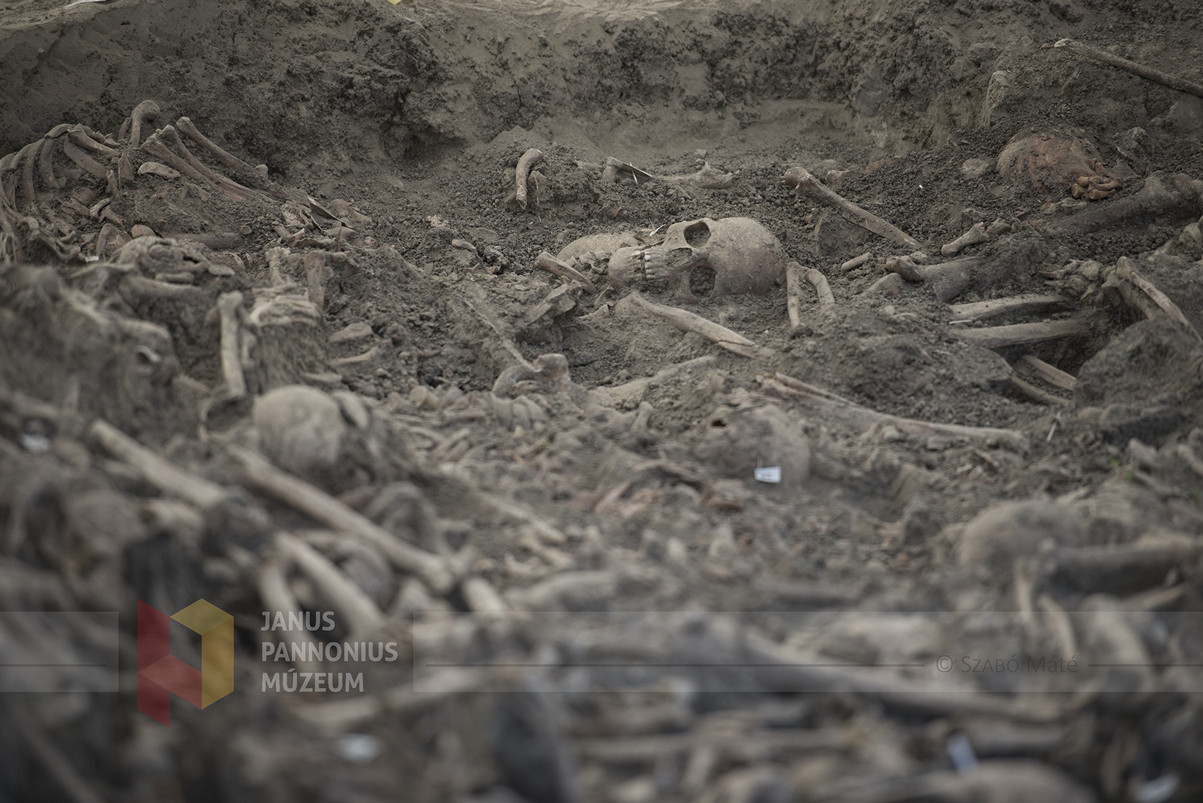 The excavation of the No. III mass grave of the Mohács battle of 1526 has been taking place for weeks in the Mohács National Memorial Site (Sátorhely, Baranya County, Hungary). Although the Hungarian press has reported on it countless times, we still find it useful to present in more detail how this work is being done, what issues arise during the research, and not least, what it means to us.

One of the most important sources of the Mohács 1526 battle are the mass graves (No. I to V) which were partially excavated but left unchanged in the 1950-70s. In August 2020, at the request of the Danube-Drava National Park, as the supervisor of the Memorial Site, the Janus Pannonius Museum of Pécs has started the (re)excavation of the No. III mass grave, led by Dr. Gábor Bertók. The professional work is assisted by archaeologists from various parts of Hungary, members of the Mohács 500 Battlefield Research Association, and anthropologists from the University of Szeged and the Hungarian Natural History Museum, Budapest. 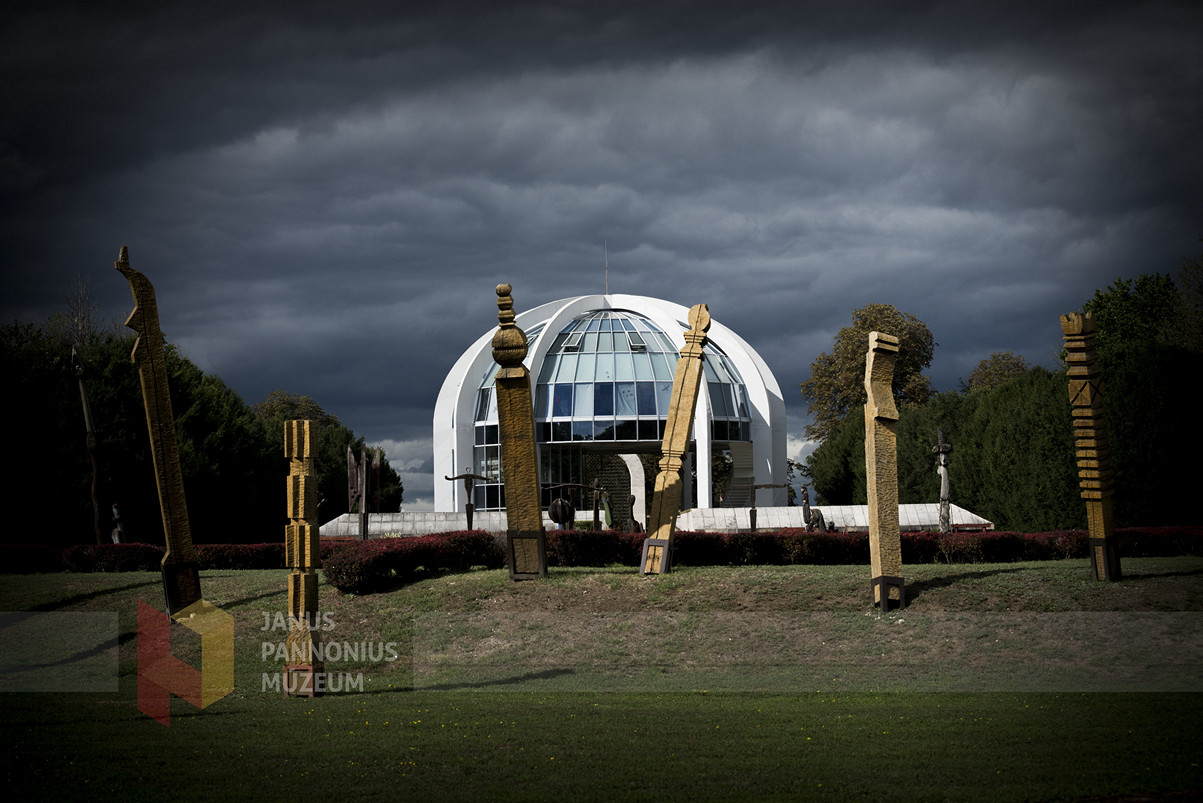 Why should one uncover (any) mass graves at all?

The five currently known mass graves were only partially excavated earlier, which means that the graves were dug around and the top layer of the skeletons were cleaned, but the remains of the piled-up dead individuals were not separated, thus it was not possible to establish their exact number,  and the scientific examination by archaeologists and anthropologists could only be partial. Further natural scientific examinations could not take place. From the contemporary records we could get an approximate picture of the sex (male) and age (variable, with several young people) of the individuals in the mass grave, nevertheless, the small number of finds suggested that the bodies had been tossed into the grave undressed or in underwear. The nature of these finds (dress pins and coins) also highlighted that the mass grave preserved the remains of persons belonging to the Christian army.

One could say that this should be just enough to link them to the Battle of Mohács, so it is unnecessary or even a profanation to uncover them again. However, we should not forget that our predecessors did not do so at the time, mainly for financial reasons or due to the limited scientific possibilities. From this point of view, it is one of the most important pillars and our professional responsibility to gather as much information as possible from the mass graves. Moreover, let us not forget about the evolution of technical possibilities over the recent decades in the fields of archaeogenetics and other anthropological research, 3-dimensional data recording, etc.

Perhaps more importantly, the heroic dead buried in the mass graves never received the final honour. Inspite of the existence of the Mohács National Memorial Site, these deceased deserve a reburial, which, in addition to scientific research, is one of the main objectives of the institutions that initiated the research. 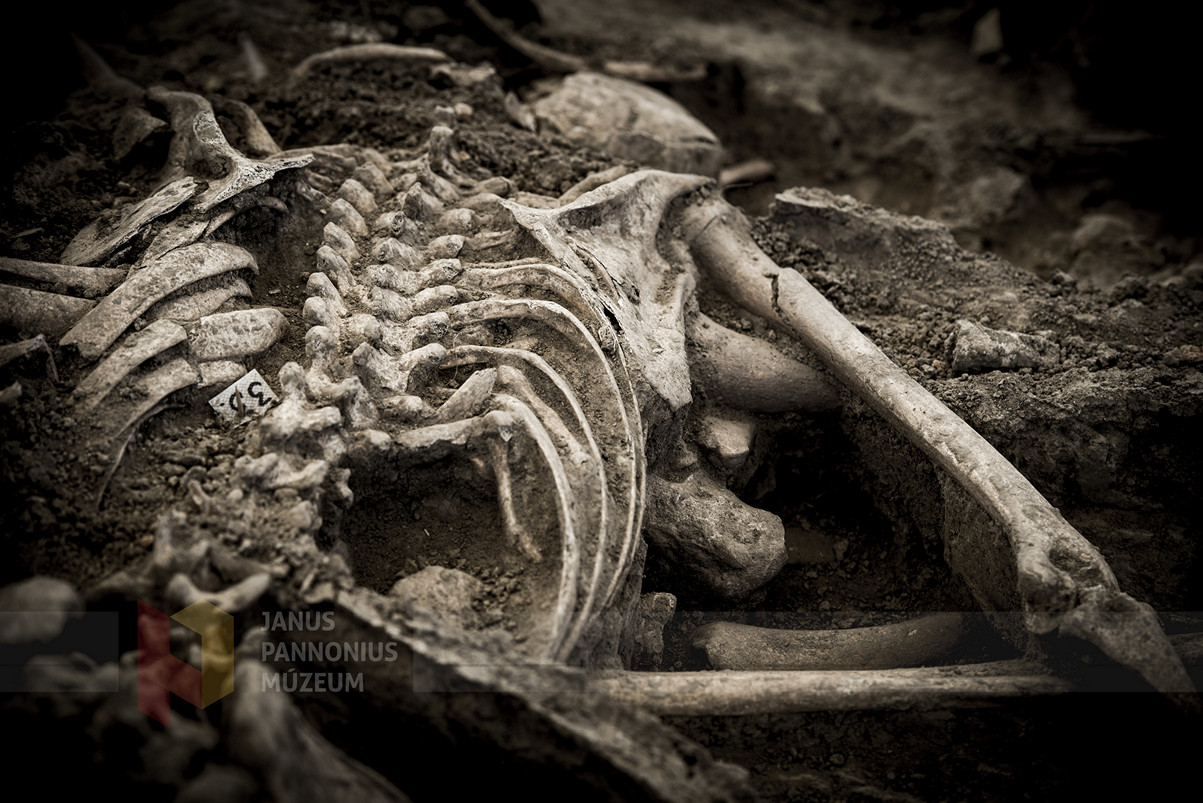 Why are we excavating mass grave No. III?

In the battle of Mohács, the loss of the Christian army only is estimated to amount to at least ten to fifteen thousand people, but the location of the majority of the dead bodies remains unknown. Estimates put the number of those resting in the five mass graves in the National Memorial Site combined at roughly one thousand. Of these, mass grave No. III is one of the smallest in area (approx. 15 m2), and the calculated number of dead in it was some 130 in 1976. Now, it was chosen because of its size and the presumed number of the buried bodies, since during the excavation it was necessary to ensure the appropriate research conditions, and at the same time the research had to be relatively well delimited in space and time in order to get a good sample for making later decisions.

Over the mass grave, a spacious, 100 square meter tent  was built which not only provides space for the related documentation work, but also protects the area from unfavourable weather conditions. With a water sprinkler system installed inside, we can also prevent the excessive drying of the bones. 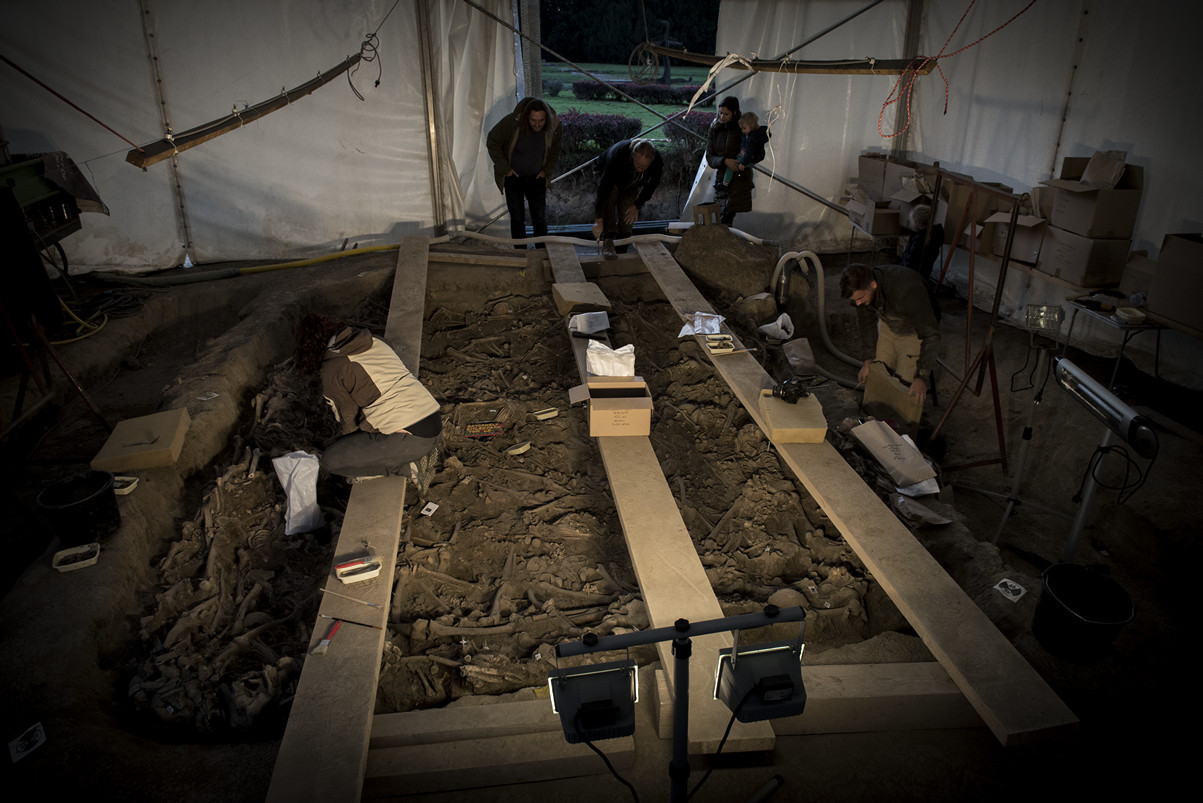 How to imagine such a mass grave?

The mass graves in the National Memorial Site, Mohács are of different sizes and shapes. The No. III is rectangular and it measures approx. 3.5×4.5 meters. It was originally located below the depth of ploughing, so it remained undisturbed until earthworks related to the construction of the memorial park started in 1975. Its upper layer was 70-80 cm deep from the original surface, but nowadays this is not perceptible and, like the other mass graves, rises like a mound from the circularly deepened surface of the park.

The original depth of the mass grave is still unknown, but we have information about its side depth (~70 cm) from the 1976 partial excavation. The bodies were tossed into the grave in rows in some places, but overall irregularly, so that some lay face down, others turned to theirs sides and there are quite twisted or truncated skeletons, as well. As the soft tissues of the bodies decomposed, the mass grave has collapsed, compacted, and today shows a concave, deepening shape towards the centre. Only a minimal quantity of earth is there between the bodies, and due to the decay, the anatomical order of the skeletons has partially been rearranged, and the bones could also move by filling the resulting empty spaces. Due to the compaction, the bodies lie on one another in layers the density of which is hard to imagine: in some cases we can find up to three corpses within a 10 cm thickness.

How can we take out the corpses of the dead?

The purpose of the excavation is to take out all the bodies buried in the mass grave. This task is extremely complex, and in many aspects we are faced with something completely new. The mass grave could be pictured as something of an endless “Mikado game” in which, from top to bottom one always has to find the removable body parts belonging together, which, unlike the above mentioned toy sticks, are in most cases jumbled: someone’s hand rests on a seemingly compact body whose leg lies under a third individual. The work is extremely meticulous and  time consuming, and the objective is to eventually remove all the deceased from the mass grave separately, prepared for scientific examinations. 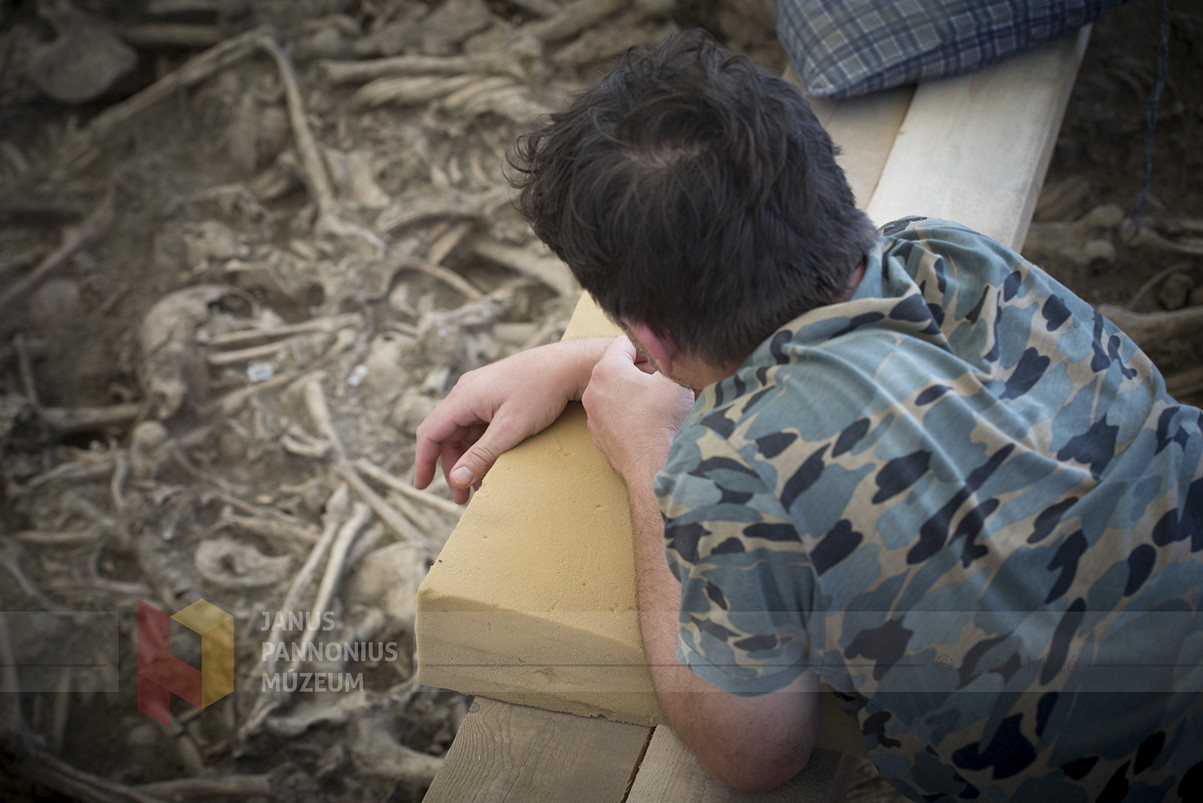 What steps are needed to reach our goal?

The first step was to (re)create the 1976 state of the excavation, but this time we did not excavate the sides of the mass grave now, just cleaned its surface from the accumulated topsoil. As a result of our troweling, a tangled set of skeletons was revealed. At this stage, it was possible to compare our current state with the previous one, the skeletons on the surface got their previous identification numbers, and the research could practically start from its second origin. As a fun fact we can note that researchers of the time placed on the 1976 level contemporary objects such as Fillér (penny) coins and bottle caps to indicate where the untouched past begins.

After this, we had to select bodies which lay at the top, and their removal could begin. The help of anthropologists is indispensable in picking up the bodies, as many times the whole skeleton can only be put together from bone fragments, and the pairing and comparison of body parts mixed in different places also requires extraordinary expertise.

At this stage, there is already a chance for a primary examination. In addition to age-specific characteristics, bone-specific lifestyle and/or disease imprints can often be identified. In the context of the battle of Mohács, evidently, the main focus is on combat wounds, and minor injuries will certainly be detectable in the laboratory only. However, some injuries, head wounds, and cut marks on the limbs can be observed already at this stage.

The work is, of course, accompanied by an extremely detailed documentation. The surface of the mass grave has been surveyed by terrestrial laser scanner and image-based 3D modelling, and the documentation of the 1976 excavation is always on hand so we can accurately follow-up on our predecessors’ observations, too. The GIS processing is based on the absolute orthophotos generated by the 3D models. The bone-by-bone digitisation of each skeleton and the data assignment run in parallel with the excavation, while a high-performance computer produces the constantly updated 3D models. 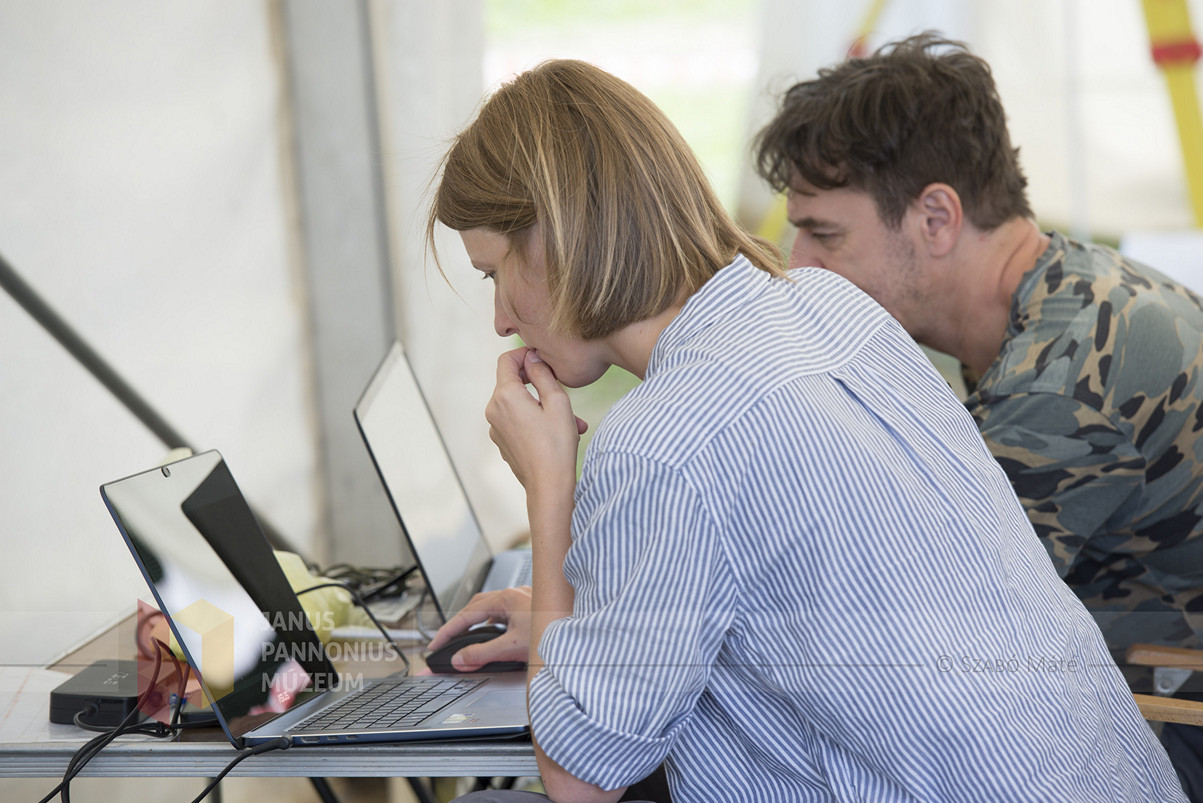 Every “pick-up step” is preceded by re-cleaning, minor trowelling work and 3D documentation. Moreover, major observations are recorded and logged for each skeletal fragments. After all these steps, we take out the bones under the guidance of anthropologists. To facilitate the subsequent laboratory work, the packaging is accompanied by sorting when each of the individual body parts (skull | left arm | right arm, etc.) are placed in separate paper bags. These then await their transport for anthropological examinations in labelled boxes.

The newly identified skeletons are numbered continuously following the 1976 documentation. The locations of the scattered body parts (e.g. an arm without the related body) or bone fragments which cannot yet be linked to any of the skeletons, are determined individually before picking up. Thus, these parts are registered, along with the exact coordinates, with unique identification numbers different from the skeleton numbers.

Each step is repeated with its monotony, but with the uniqueness of each deceased, accompanied with our maximum attention…

What can you see when  visiting the excavation?

The quiet, peaceful atmosphere of the Memorial Site is broken by a white tent. During working hours, the sides of the tent are pulled away, and bustle breaks the silence inside the surrounding red-white barrier tape. Many times, there is music and sounds of a lively conversation to be heard; smaller groupings and common thinking fill the interior. Boxes are everywhere, bags, tools, tables, chairs, buckets, trowels and brushes, wooden planks, water sprayers, laptops, and countless other objects make the area colourful around the mass grave. Some are busy digitising skeletons, others are preparing the documentation or just labelling bags. Anthropologists and archaeologists are balancing on wooden planks and trying to levitate in grotesque “yoga poses” over the bodies to remove dust and dirt from the bones. There are long discussions about which parts of the body lie where or what they belong to.

We are happy to work. We smile a lot. We welcome the challenge and the deciphering of unresolvable situations, the collaboration, and the fact that, in addition to the scientific results, we can help to give the last honour to many whose heroic fate was not a chosen one.

We never smile over the dead. The shock of the first encounter with this place is vivid in all of us, and we often grow silent in a matter of moments, turn to ourselves, because wherever we look, we get to see hundreds of different, by now silent faces of the same death staring at us. 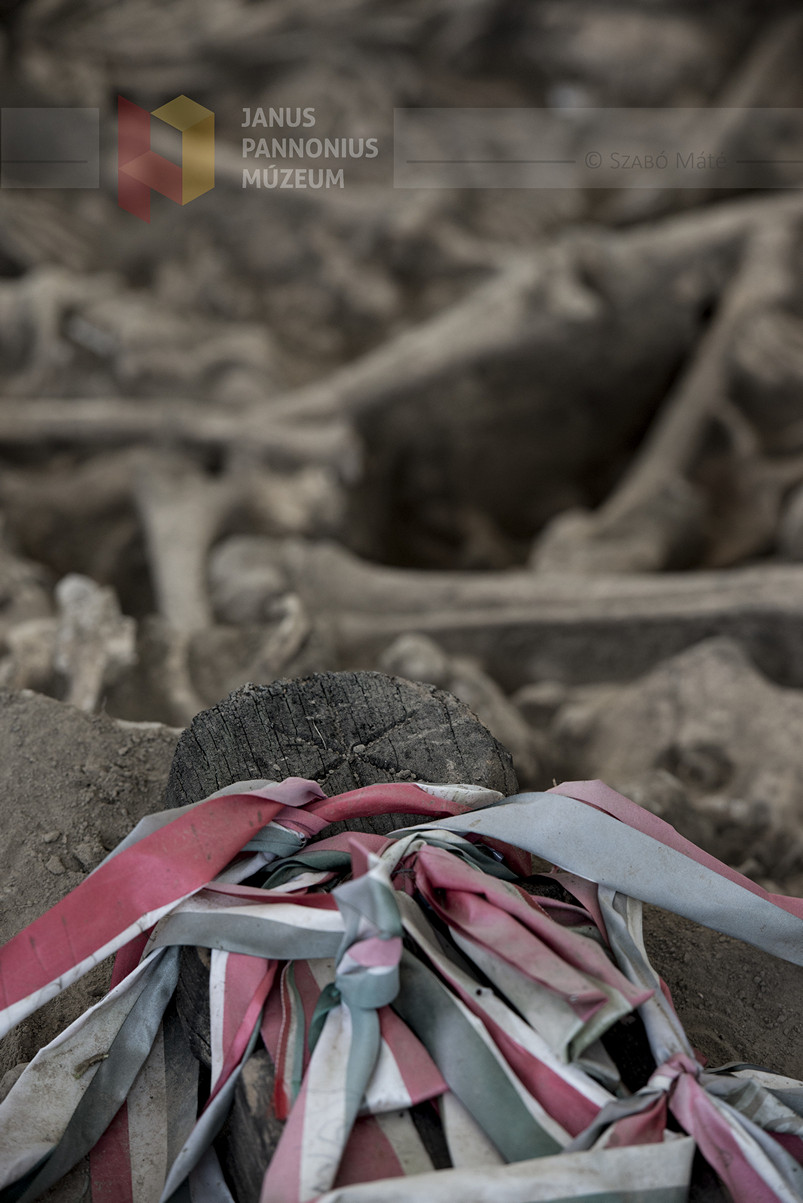 The mass grave No. III is a depressing site. From a distance, it’s just tangled, messy, and just too much. Too many bodies, too many imprints of suffering. As you come closer, thoughtfully, you can discover details; recognize the clumsiness of the toss, the strange poses. You can catch a trace of injury, or recognise the body’s young age, the unchangeable fate. You can think about the mass graves of wars not far from us and not so long ago, carrying the same suffering.

We are working on bringing a little good into this immutability… 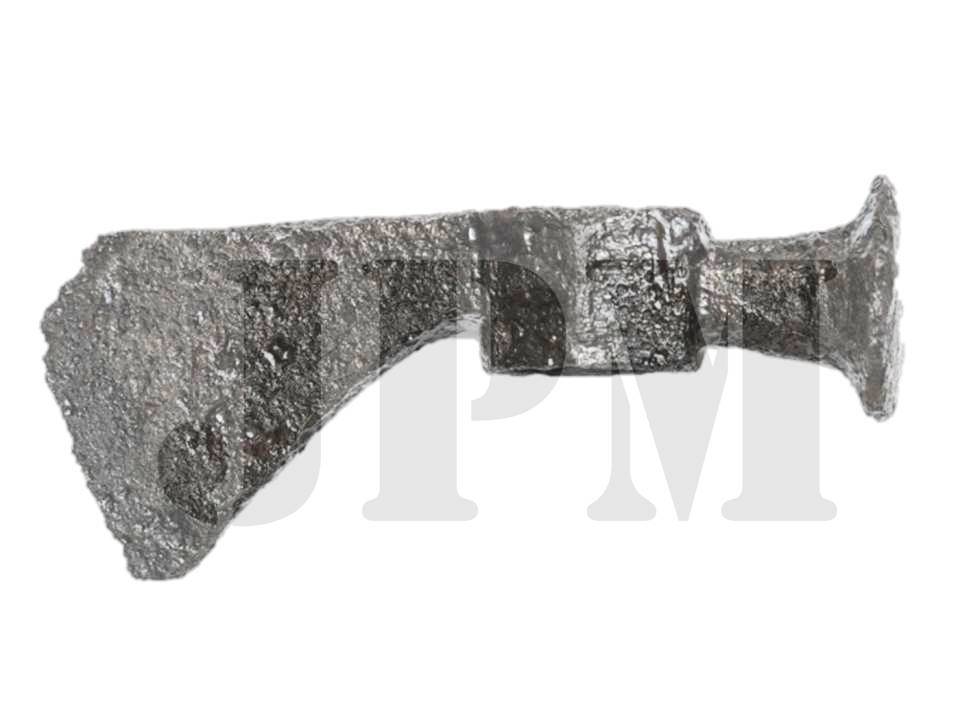 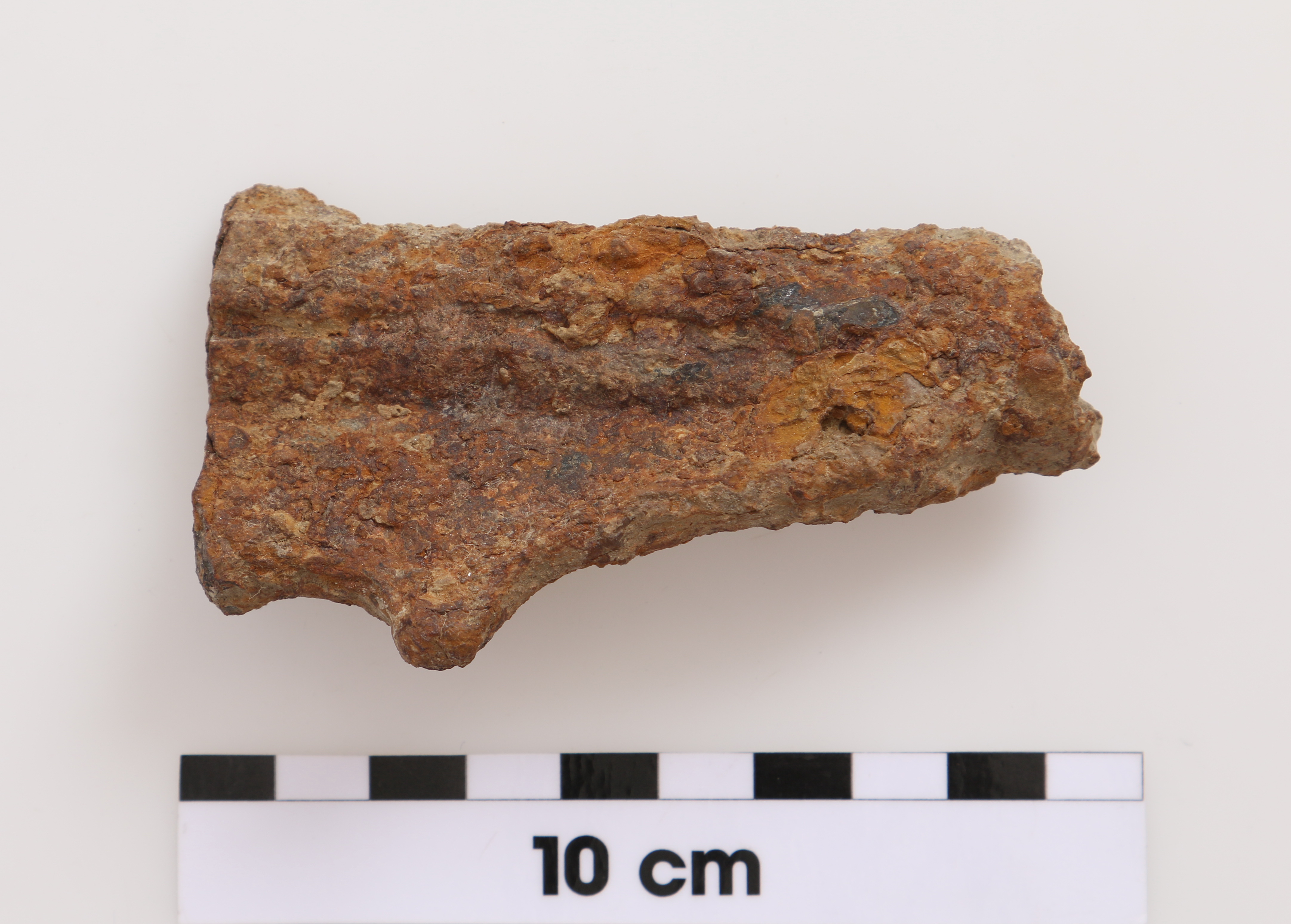 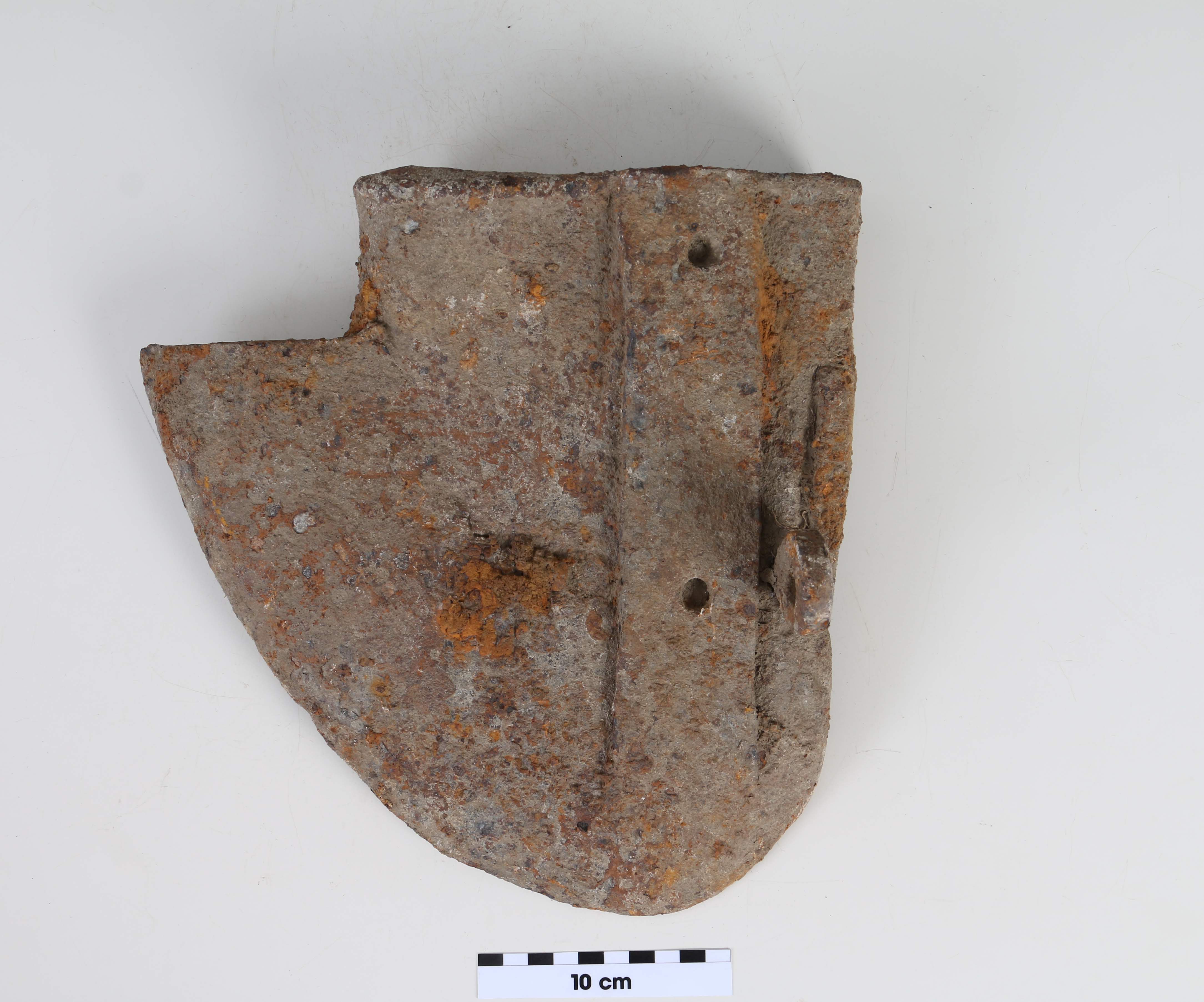